Georgia is a European country located at the intersection of Eastern Europe and West Asia. This country shares its borders with the Black Sea in the west, Russia in the north, Turkey and Armenia in the south and Azerbaijan in the Southeast. The capital, Tbilisi, is known for the diverse architecture and mazelike, cobblestone streets of its old town. Georgia currency is lari that is about 25 Indian rupees. The total population of Georgia is about 40 lakhs that makes it small and manageable country from various student perspectives.

Georgia is considered to be one of the safest countries in the world. You would hardly ever hear news about any terrorist activity in Georgia. This makes Georgia a perfect destination for MBBS course. Many of the Georgian MBBS universities are ranked high in all world surveys for MBBS course. Most of the MBBS universities are in the capital of Georgia TBILISI that makes connect with India easy. The flight duration is also small and comfortable. MBBS Universities in Georgia follow ECS ( European credit system ) and generally offer 360 credits MBBS course.

Following Are The Some Of The Reasons Why Georgia Attracts Students For MBBS Program:

After developing Residency, PHD and Doctorate programs and adding the Nursing School, AIETI Medical School has been upgraded by the National Authorization Council to the status of an University and from 2011 is named after its founder and the first rector as “David Tvildiani Medical University”.,AIETI Medical School Has been recognized by the WHO (World Health Organization) and listed in “ World Directory of Medical Schools” in 1995. Shortly after that, it’s diploma has been verified and authorized by the Medical Examination Committees of the USA, different countries of Europe and Asia.

DIMITRI TVILDIANI MD; PhD; President of David Tvildiani Medical University; Founder of the Modern Diagnostic Centers in New York, USA (2000). Currently working in the USA, rendering patronage to the AIETI Medical School and promoting the placement of the School graduates.

Over 200 graduates of DTMU have successfully passed the qualifying exams and have already completed or are currently enrolled in residency or other proficiency courses, working as physicians in prominent USA and European Universities and Clinics. The absolute majority of our graduates have been employed in the professional field, while many more successfully passed the international exams (USMLE, PLAB, MCI) and are currently developing their skills at clinics and research centers of the USA, Germany, Britain, Sweden and other countries. A number of the graduates have returned to the School as proficient teachers. Many have earned their PhD degree. AIETI is listed in the WHO AVICENNA Directory of Medical Schools, it is a member of the Association for Medical Education in Europe (AMEE), Association of Medical Schools in Europe (AMSE) and Organization for PhD Education in Biomedicine and Health Sciences in the European System (ORPHEUS).

The structure and format of the MD curricula and the teaching management system are original, holding the copyright. They are specially designed to increase the efficiency and comprehensibility of the learning process: Modules are integrated into organ – system oriented rotations. An academic year consists of 40 instructional weeks (240 instructional days) divided into two 20-week semesters: fall and spring semesters. The semesters are separated by holidays. On the base of ECTS (Europe Credit Transfer and Accommodation System) 30 credits are attached to the workload of each 20-week semester. Thus, one academic year comprises 60 credits; one credit equals 30 working hours, 16 hours of which are contact hours and 14 hours are intended for student’s independent work. The learning process is performed 6 days a week , 4 hours a day. Each rotation is concluded by a complex test – quiz. Student knowledge assessment is a computer based testing that ensures maximal objectiveness.

Since 2014-2015, a new, “Problem Based Learning” (PBL) style MD program has been accredited at DTMU. This has been developed in the framework of ERASMUS Universitycproject named “Establishment of the Supra-Regional Network of the National Centres in Medical Education, focused on PBL and Virtual Patients”. The Program lasts for 6 years and consists of 376 credits. New teaching methodology – Problem (patient case, scenario) Based Learning has been implemented at Basic (theoretical) medical sciences teaching, which will assists in:

The University was solemnly opened on 8th of February, 1918 (old style 26th of January), the day of remembrance of the Georgian King David the Builder. Since that, this day remains one of the most significant events in the history of the nation. The founders of the Georgian University well understand the importance of introduction Higher Medical Education. The primary initiator of the university foundation, the reverend Professor Ivane Javakhishvili, had been speaking about the reasons of establishment of Medical Faculty “We still need to carry out research on the endemic flora and fauna in our country. Many human diseases have various characters and most are as yet unstudied. Consequently, scientific workers at our University’s Medical and Natural Sciences Faculties have a broad challenge area”. The first Rector of University Professor Petre Melikishvili was an active supporter of medical faculty creation. On the meeting of “Georgian Physicians and Natural Sciences Society” (12th of October, 1917), he has expressed his opinion about the necessity of opening the medical and natural sciences faculty. On February 27th, 1918, University Professors Faculty Council confirmed the exigency of creation of Medical Faculty. In June 17th, the same Council of Georgian doctors and Natural Scientists in the presence of the Chairman Spiridon Virsaladze decided to open Mathematics-Natural Sciences and Medical faculty.

Tbilisi State Medical University from the very beginning found itself in the forefront of overcoming the XXI century challenges of reforming medical education. In 1997 University has already developed a strategy of outcome-oriented teaching methodology implementation. The strategy has been developed on the bases of European experts recommendations. After all, University is a member of the Association of Medical European Education (AMEE), also a member of the World Federation for Medical Education (WFME) and co founder of the East–European Association of Medical Education (EEAME).

By 2006, the necessity of implementation already existing Law on Higher Education of Georgia on the one hand, and the need of implementation full coverage of European and global advantages of medical education together with international commitments to reform the system of medical education on the other hand, have put the medical community to face the objective challenges. The health care system with the old regulatory and financial mechanisms was poorly manageable. Accordingly, the traditional forms of training of qualified medical professionals required innovative changes. A three-stage system of higher education (baccalaureate, magistracy and doctorate) called for coordination with the process of post-graduate education. All this would make it possible to implement harmoniously the “life-long learning principles”, although it’s clear that the creation of such a continuum requires appropriate material and human resources All the aforesaid have caused a very significant step in Georgia’s system of higher medical education – in 2006 Tbilisi State Medical Academy was integrated into Tbilisi State Medical University. The merging of these traditional medical schools in TSMU as one Medical Institution united also undergraduate and postgraduate medical education facilitated multilateral development of traditional medical and entire natural sciences.

By 2007, the faculty of Therapeutic Physical Training and Rehabilitation of the State Academy of Physical Culture and Sport joined TSMU. To this highly significant union was supplemented by competition for engagement in academic positions conducted in 2006 and 2007. As a result of the last competition there are 371 academic personnel: full professors, associate professors and assistant professors in TSMU. Besides them, 350 invited teachers are involved in academic process.

25 years have passed since Caucasus International University (CIU) – LLC was founded. The University operates as a Legal Entity of Private Law – a limited liability company. The university was founded as a medical institute “Clinitsist” in 1995. The university received a license from the Ministry of Education of the Republic of Georgia in the same year. In 2005 it was granted Accreditation by Accreditation Council of Higher Education Institution. In 2006, the name and founders of the institute “Clinitsist” were changed and it was formed as a multi-profile higher education institution – Caucasus International University – LLC.

Caucasus International University went through the authorization process with great success and has been granted authorization for six years by the joint decision of the Authorization Council of the National Centre for Education Quality Enhancement In 2018 (14.11.2018 decision #88). The highest assessment document was issued among the higher educational institutions of Georgia.

By the decision of the Authorization Council of National Centre for Educational Quality Enhancement made on 14 July 2015 Caucasus International University application has been approved and in accordance with the decision of the council the number of university students has been defined by 4700.

On March 4, 2019, by the unanimous decision of the Accreditation Council members of Higher Educational Programmes of National Center for Educational Quality Enhancement, the number of CIU students has increased by 2700 and has been defined in total by 7400.

Caucasus International University is a higher education institution equipped with modern infrastructure and technical means, and oriented towards continuous development and integration into an international learning community. The most important assets of the university are its valuable personnel and a correct cooperation scheme. The University, in traditional, classical terms, is a corporation focused on strategic cooperation between the administration, professors, students and alumni. Caucasus International University regards it valuable to establish the principles of greater awareness and morality, practically implement the ideals of democracy and humanism, promote political liberalism and preserve cultural heritage.

Caucasus International University is a successful example of an accurately planned educational business. It is a prominent example of a modern-type higher education institution oriented, first of all, towards students, quality of education, internationalization within the global education community, and development. 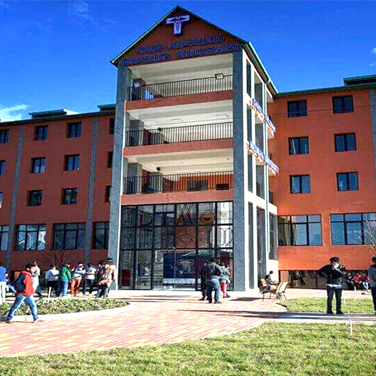 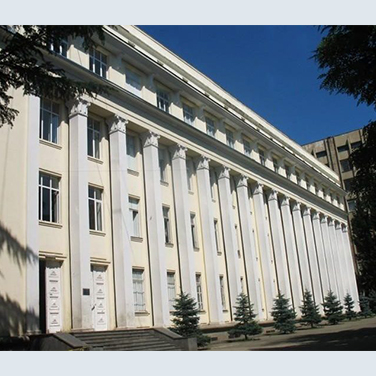 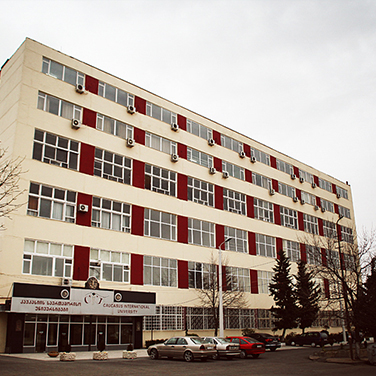 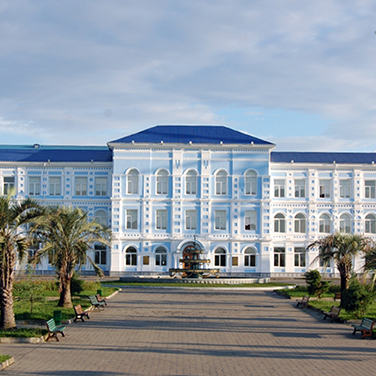 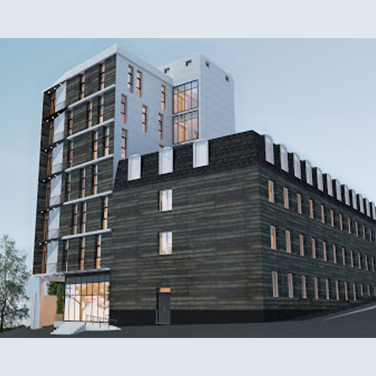